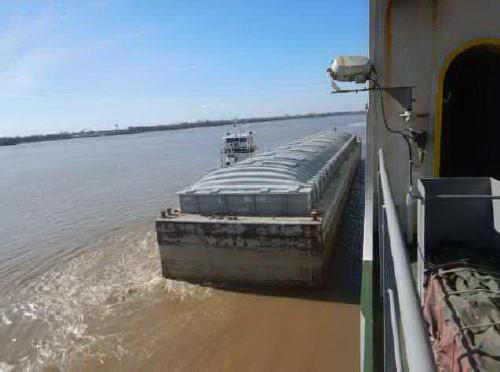 Earlier this year, the team at C.H. Robinson Project Logistics were busy arranging a shipment of a forging machine from South Korea to the USA. The job required a suite of service offerings including ocean & barge services, customs brokerage and road transport.

The cargo was first transported by an ocean vessel from the Port of Masan in South Korea to the Port of New Orleans which took eight weeks. Once in New Orleans, the ship's cranes were used to unload the cargo and the 15 smaller crates were put into temporary storage before being trucked.

However, not all the cargo could be transported by road. The two largest crates, containing the main body of the unit, which measured 9.45 x 4.95 x 4.10m and weighed 130mtn, and the hoist & oil basket at 9.70 x 4.95 x 2.60m and 11mtn, were loaded directly onto a hopper barge. The C.H. Robinson experts, along with their customer, determined that a barge would be the best method of transportation for these larger pieces as they were over 16ft wide so police escorts would have been required through each state if they were transported over road.

As the 15 smaller crates made their way across highways, the barge encountered a holdup near Cairo, IL. The Illinois River had frozen which temporarily halted the barge until the ice melted enough to allow passage. Additionally, once the barge neared the Lemont Bridge in Illinois, the barge cover needed to be removed to provide adequate clearance. 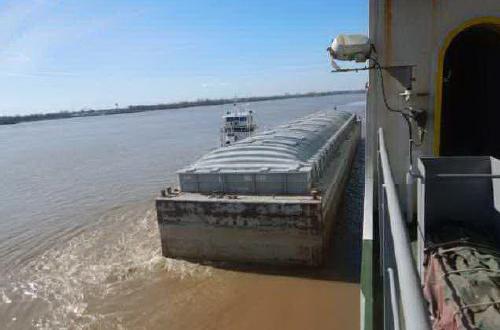 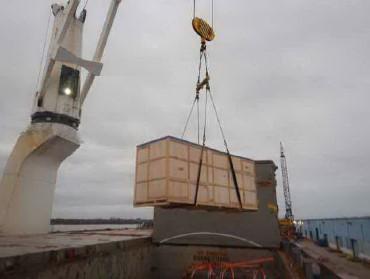 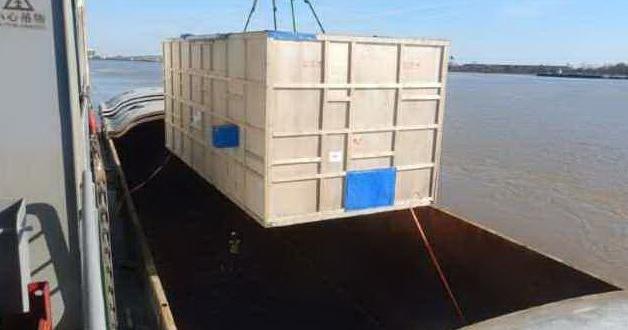