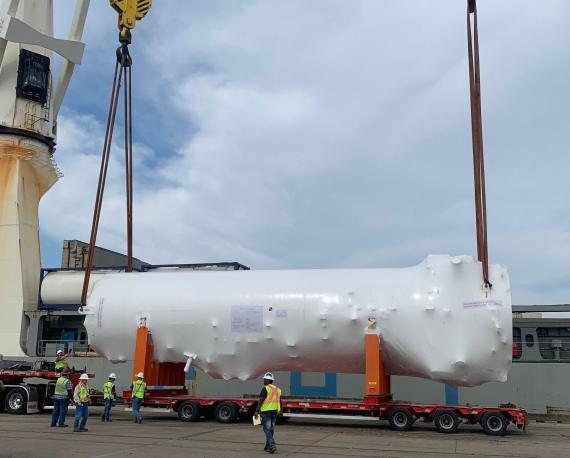 The cargo was barged from the supplier in China to the port and loaded onto a vessel in Shanghai for the 50-day ocean voyage to Houston, Texas. Upon arrival in Houston, three major deliverables – the cold box liquefier, purifier and turbine – were directly discharged from the vessel onto hydraulic trailers. The remaining cargo was later discharged and trucked to the nearby site.

Since the site was not yet ready for the cold box liquefier, purifier and turbine, the cargo was delivered to the site and set on stands where it was stored for two months. Once ready, the pieces were then transported to the pad.

Despite vessel delays due to bad weather, C.H. Robinson's team of experts were able to work through the challenges of securing the necessary equipment and escorts even with the ever-changing schedule. 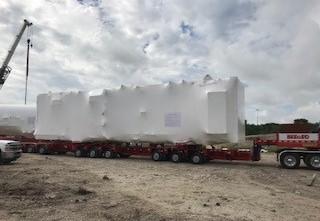