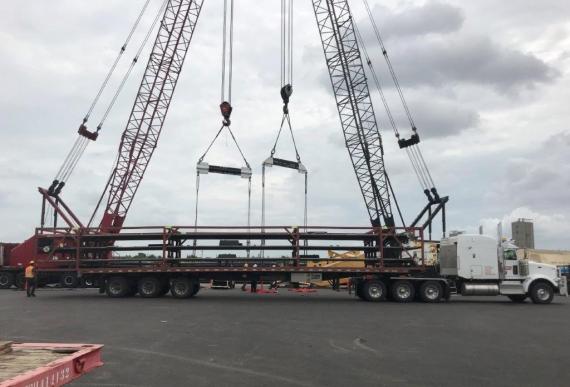 The first step was to arrange for the cargo to be transported via truck from the manufacturers in Sweden and Finland to the Port of Antwerp. Upon arrival at the port, the pieces, which totalled 800cbm, were safely loaded onto an ocean vessel bound for Texas.

After a month on the water, the cargo arrived at the Port of Houston where C.H. Robinson supervised the unloading from the vessel onto truck trailers. The job was moving along smoothly until it was discovered that one piece was larger than what was recorded on the paperwork. The C.H. Robinson team dispatched the other trucks and got to work arranging new permits and hiring additional escort cars for the final piece. The last truck disembarked a day later for the 4,140km trip to Peace River in Alberta, Canada. The road journey took one week and all the cargo arrived safely and well within the client's timeline.