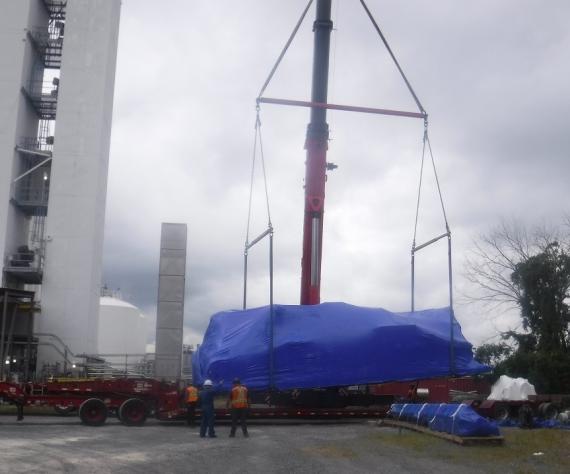 The project logistics specialists and surface transportation team at C.H. Robinson recently arranged a shipment of large equipment from Quebec in Canada to Argentina for a long-time client.

Five truckloads carrying compressor components, a separator, an expansion tank and crates travelled over 900km from Quebec to the port in Baltimore, Maryland. The largest piece was a compressor on a skid which required a stretch double drop trailer due to its size, measuring 13.7 x 3.8 x 3.7m and weighing 35mtn.

While the equipment was covered for protection throughout the journey, the tarping on the two largest pieces ripped during the trucking. C.H. Robinson's team rectified the situation by quickly arranging for the pieces to be re-tarped before they were transferred to MAFIs.

Once at the port, the pieces were carefully lifted by crane and forklift from the truck's trailers and placed onto the MAFIs which were used to roll the cargo on and off the ocean vessel. The vessel sailed by a regular liner service and arrived safely at the port in Argentina according to the schedule. In total, the shipment had a volume of 361.6cbm and weighed over 59mtn. 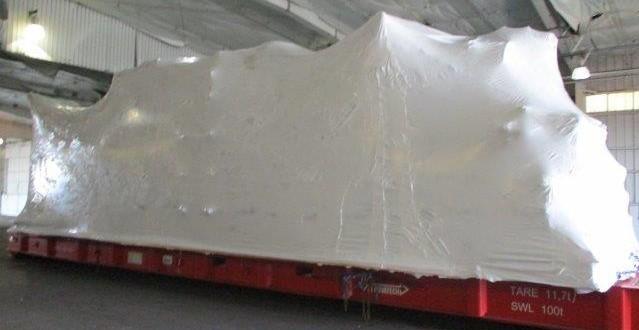 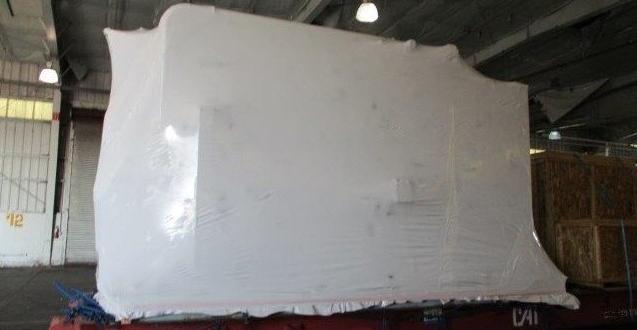