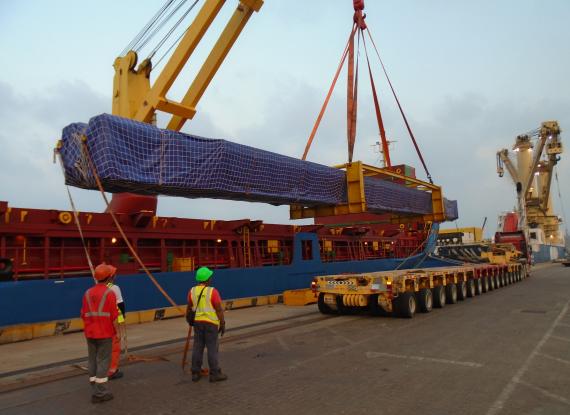 Bahrain members, Consolidated Shipping Services (CSS) are pleased to share the latest shipment of their ongoing project for a MEW Power & Desalination Plant.

They received another set of project cargo at the APM terminals in Bahrain. This time, discharging 2,876.46tn (5,146.32ft) of heavy lift, over-dimensional and general cargo from various origins. The scope of work handled by CSS included:

Thiyagarajan Vadivelu at CSS Bahrain comments; "The biggest challenge was receiving the cargo on a very windy day. However, with the full support of the port and our technical crew, we were able to conclude the discharging safely and successfully. Another big test was to transport the 105 over-dimensional units amidst the road works on route and the current restrictions imposed by the authorities."

"All these shipments were handled and executed in a timely manner with our entire team working tirelessly during these difficult and challenging times. We are delighted that the operations have run accordingly to the plan and we look forward to the same team effort for the forthcoming vessels!"

Please also see the links below for details of the previous shipments handled by CSS for this ongoing project.