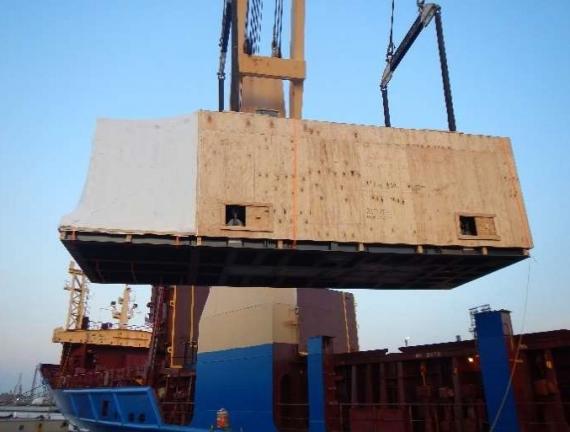 As the weight of the compressors was off-centre, C.H. Robinson's team decided to utilise four 7-axle stretch double drop trailers to transport the breakbulk pieces to the Port of Houston, as these types of trailers would better distribute the weight. Two additional flatbed trailers were also used to transport the extra cargo, such as spare parts and ladders.

Additional precautions were taken to protect the cargo on the ocean. Initially shrink wrapping was considered for the coolers, but it was deemed unworkable as it would leave no way to lift or secure them without tearing the packaging. Instead, the team attached plywood to a few areas of the units to protect the coolers during transportation. The compressors were each fully crated.

The team used spreader bars and soft slings to safely lift the pieces off the trailers and onto the ocean vessel. Once safely loaded, the pieces were secured in place on the tween decks to prevent movement during the voyage. After an eight-day journey on the water, the cargo safely arrived at the shores of Colombia and was then transported inland to the final site. 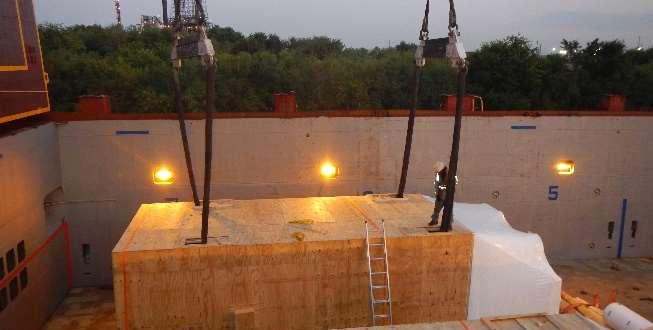 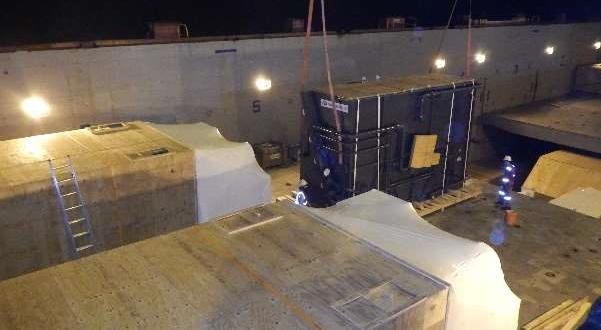