Canaan Group have concluded the fifth and final shipment of 24 new train cars to Metro Vancouver's Canada Line fleet. Originating from Busan in Korea, these trains were built by Hyundai Rotem.

"The Canada Line's 19.2km track stretches from Vancouver International Airport to Downtown Vancouver and was originally built for the 2010 Vancouver Olympics when Canaan coordinated the original 40 train car delivery to Canada. These 24 cars represent a 60% increase in Canada Line's fleet who since their inception, have exceeded its ridership projections with additional demands for train cars."

"Canaan is proud to be facilitating the transport of these cars contributing to the business success of Vancouver." 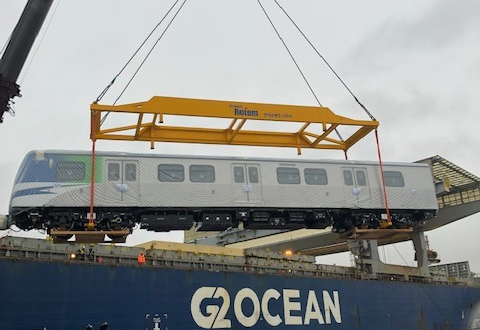