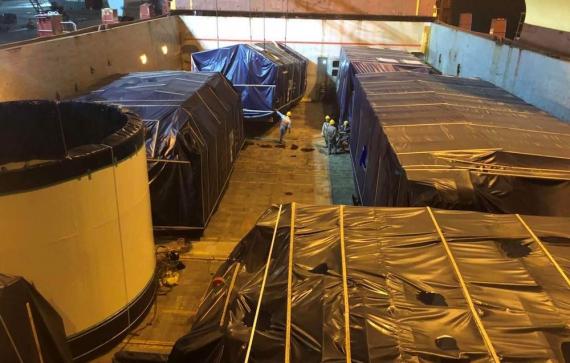 Central Oceans have assisted with several shipments of tunnelling machinery for a Deep Tunnel Sewerage System being built underground in Singapore and another set of two machines were loaded this week. The machines will assist in making tunnels that serve to feed the sewage from the South and West into the new Tuas Water Reclamation Plant.

The new design will not require elaborate pumping stations thanks to an appropriately planned gradient with the sewage in the tunnels flowing to the destination by itself. Central Oceans are very proud to be part of this great project in Singapore and look forward to seeing the tunnels in action.