The Express Global Logistics (EXG) team is proud to report another successfully executed heavy lift project in India. A 565mt (6,400cbm) cutter suction dredger was moved from Kolkata in India to Egypt. The fully operational dredger was a challenge due to the short timelines, dredger size and complex dismantling which had to be done offshore right before the vessel loading.

Vishvendra Singh at EXG explains; "Transporting the complete 565mt assembled unit to the port of Diamond Harbour required various permissions and a highly experienced team of heavy lift haulers. The dredger was then dismantled offshore into 7 units, of which the heaviest single piece weighed 318mt and measured 36.4 x 12.5 x 11.0m and was loaded onto the vessel at the port outer-anchorage. Obtaining the special permissions for the offshore dismantling at Diamond Harbour was very critical to the success of this job as initially the authorities had denied these permissions at both Haldia and Kolkata ports.

EXG's complete scope of work included transport, custom clearance, dismantling and ocean freight. This job was critical not only because of the abnormal size but also because of the geographical challenges and the water levels which had to be closely monitored. Safety of the crew and cargo was paramount since the operation was mid-sea and Kolkata Port had high rolling and pitching so the port of Diamond Harbour was finalised. Dismantling the dredger offshore took EXG's in-house crew of 8 highly experienced professionals and 1 Captain who all worked for almost 56 man-hours in non-stop shifts."

Extensive pre-planning, flawless coordination and spontaneous solutions resulted in the successful execution of this job and EXG is grateful and proud to have a team which keeps adding such success to their stories. 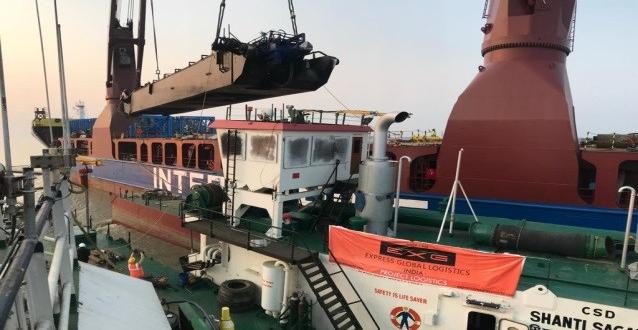 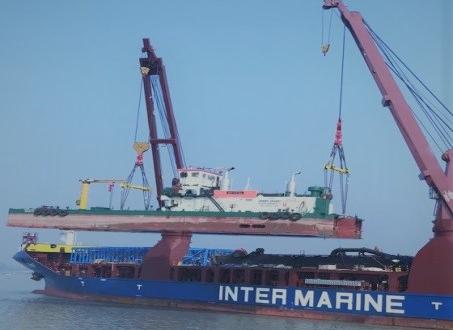 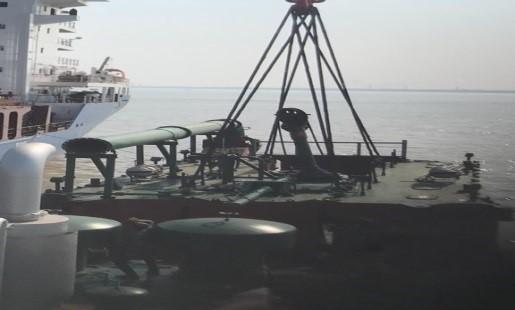