MIS with Transportation of Wartzila Engine in Oman 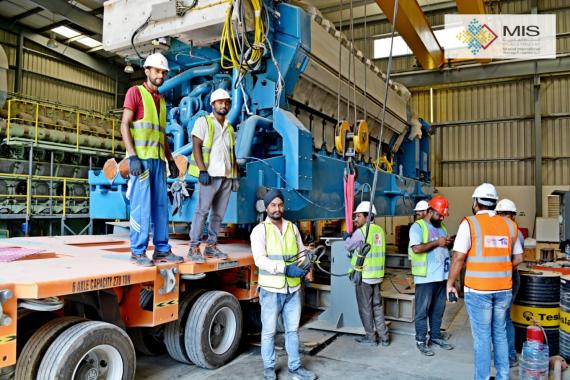 This week, Muscat International Shipping & Logistics (MIS) have successfully completed the shifting and transportation of a 8.9mw Wartzila engine plus 9 trailer loads of accessories from the Old Khassab Power Station to the Duqm Power Station in Oman.

The project was managed by Mr. Ramseen (Head of Projects), Mr. Mithun (Project Manager) and Mr. Noushad Rahuman (MD) who commented that the task was too difficult to bring the 140tn engine through the Khassab Mountain roads so they opted for a landing craft by sea.

The scope of work handled by MIS included:

All operations were completed within 17 days - well within the client's requirement of 25 days. A great job by MIS!