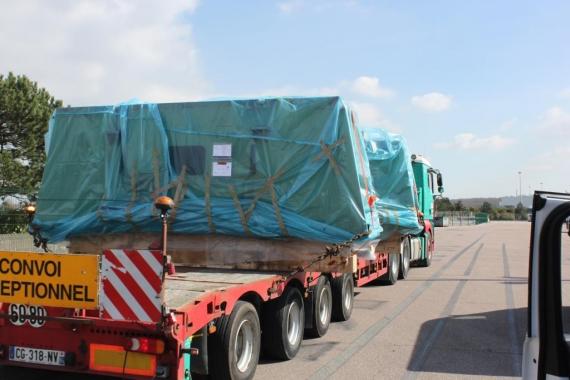 Procam was awarded the Complete Logistics Contract for the Turnkey Project. The cargo was imported in 5 partial shipments. The duration of the Project was 6 months and a total of 920 MT and 1450 cbm machinery was moved on 16 FRs and 29 OT/HCs, with a total of 45 containers.

Procam had undertaken all activities at destination including complete documentation support to the client from time to time. The perfect documentation and planning the entire clearing process went flawlessly and Procam cleared the Second Hand Press Machinery in 2 working days consistently in all 5 shipments.

With this joint effort, the client received all the presses and their parts absolutely intact and without any damage.

“We take immense pleasure in thanking the entire ABL NV team in this Project, for the absolute swift and prompt approach while handling the entire Project. The entire scope of work was carried out professionally and was executed within the committed time frame to the client’s satisfaction - from involving in correct labeling, innovatively offering warehouse near Loading Port, stuffing cargo efficiently in order to save 3 containers – thus saving ex works cost on these 3 containers for the client.” says Sanjna Vardhan, Manager of Procam Logistics.